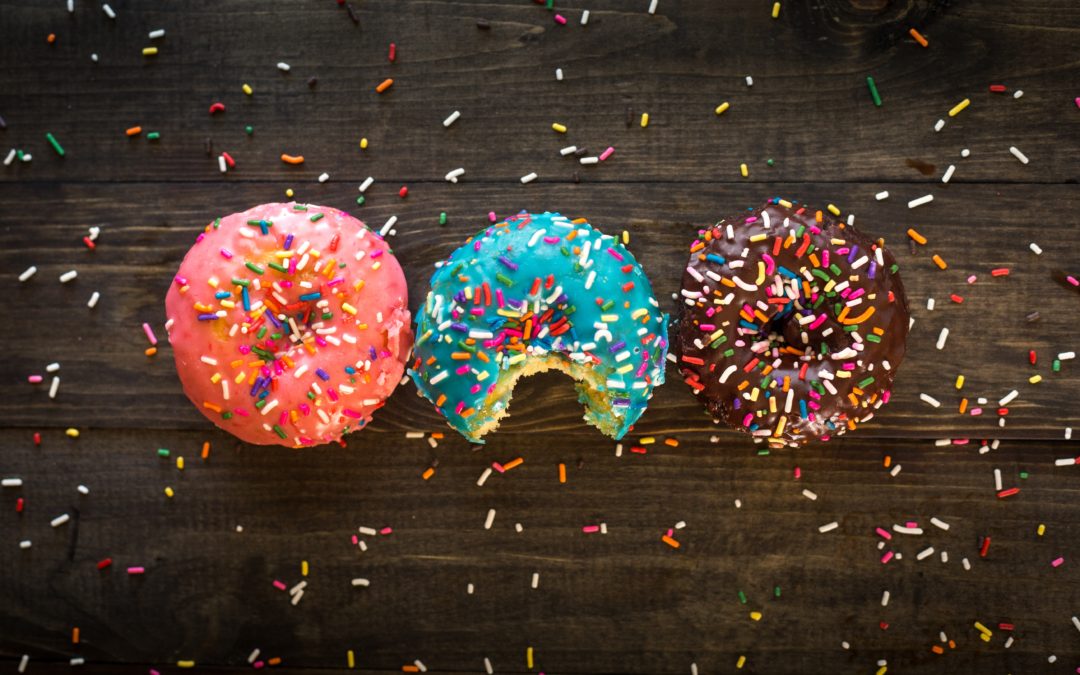 Profit, Prosecco and Jam Doughnuts, and a Plan

Do you prefer using the carrot or the stick? What about if you are the only one in your business – how can you sensibly apply a ‘carrot and stick’ approach to yourself? Either way, you’ve got to set some performance benchmarks for yourself – either as a solo entrepreneur or as a brick and mortar business owner. But how do you hold yourself accountable to those goals? How do you set about rewarding yourself? Do you just ‘carry on’ oblivious to the sense of achievement?

I have found that external input tends to increase accountability to oneself – the fact is, it is just harder to say ‘I didn’t have time’, or ‘xyz excuse’ stopped me from doing this.

I love seeing the sense of achievement in my clients. For those that have truly invested themselves and their teams (if they have one) into growing their business in a sustainable and efficient way, I believe that they should be rewarded. By me.

We’d initially set the simplest of benchmarks – outperform against the previous year. Historic data was ‘thin’, but we could track some simple metrics – sales, gross profit and net profit. After all, these were essentially the three headline figures that we needed to monitor as the business grew.

So here’s the comparison of performance for the first quarter:

Now, this is a relatively small company (turnover was around £180k ($250k) in 2015-16) but it demonstrates what is possible when you have a plan and are determined to improve your business. We worked through the sales, margin, overhead model and applied it. What is more remarkable however is the huge increase in efficiency – the increase in revenue is almost exactly the same as the increase in gross profit and net profit – that effectively means that almost every extra dollar of the sale went straight to the bottom line.

Focusing on the only 3 things that will ever improve your profitability was the driver for this. Specific tactical actions and processes created the result.

So Prosecco and jam doughnuts were the rewards for the business owners. It may not seem like much (especially when you find out it was only half a bottle of Prosecco!), but it symbolises the need for celebration for achieving goals and outperforming against benchmarks that were set. The reward came with an explanation and a promise – that it was only half a bottle because performance had only been measured over one quarter – it wasn’t consistent outperformance yet. The promise was that the prosecco would be upgraded in time if the whole year created a consistent proof.

So here’s what happened for the full year:

When you see results like this…why would anyone not want to celebrate. Besides it sets everyone up in a positive frame of mind for the meeting ahead, and whatever is next.

For a business that produces (manufactures) an end product and incurs third-party costs in order to make that product, that is a fabulous example of concentrating on making sure that the increase in revenue is profitable revenue – again, almost all of the additional revenue has dropped through to the gross profit level. The increase in net profit, however, hadn’t kept pace with this statistic because of two things which occurred in the second half of the year – the introduction of a general manager role (who also had a sales and business development background – great for the set up for growth in the following year), and an extra member of staff on the production side of the business, plus some additional salary awarded to the business owners at the year end in recognition of their most profitable year ever (and tax deductible for the business!)

The Prosecco was upgraded to Champagne for the business owners, and all of the staff received Prosecco as well…along with more jam doughnuts.

All too often we don’t celebrate. And we should. It’s a bit like saying ‘thank you’ to your staff or team (internal or external) – we should do it more often than we do.